Find out how @Hurst_College use @SchooliP to allow their staff to have their "professional future mapped out." #educhat #appraisal #CPD

Find out how @Hurst_College use @SchooliP to allow their staff to have their "professional future mapped out." #educhat #appraisal #CPD

Book a demo
Find out how @Hurst_College use @SchooliP to allow their staff to have their "professional future mapped out." #educhat #appraisal #CPD

"Time is more focused on rich discussions about Teaching & Learning."

Hurstpierpoint College is an independent school in Sussex. Three years ago, the Deputy Head, developed a predominantly paper-based performance management system to help develop staff. They have 100 teachers who are reviewed annually. Although they found it useful, it was also labour intensive. As Nick Creed, a teacher and House Master at Hurst comments, “I felt like I was tied to the photocopier”.

In 2014, the leadership team decided that they would evaluate the electronic Performance Management systems that were available. They felt SchooliP best suited their needs and realised that with the additional aspects of self evaluation and school development, the system would grow with them. They also liked the fact that the system is not restrictive in terms of functionality; that they could tailor it to suit their individual requirements.

The school had already been through the process of allocating teachers up to three objectives each, so as part of the system set up, the SchooliP team imported details of the staff and their objectives. 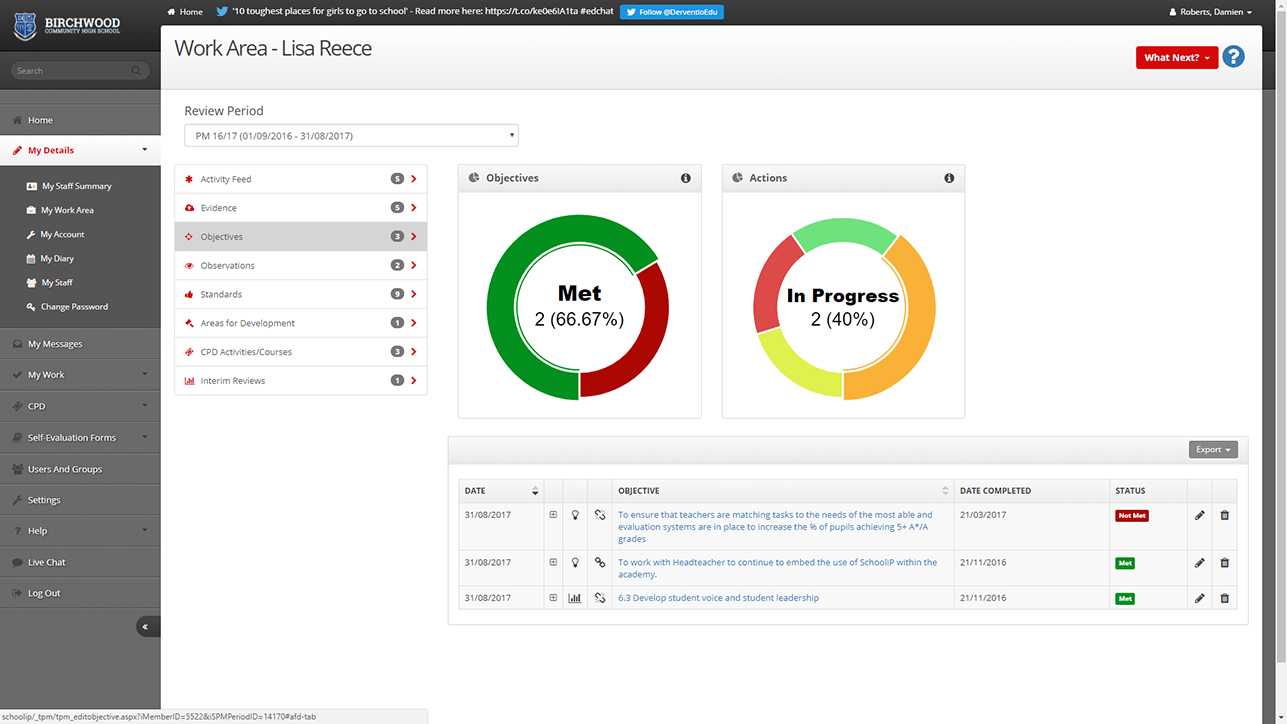 Because Hurst is inspected both by the ISI and Ofsted (for the Boarding side of the school), they wanted a system that could quickly show inspectors what progress was being made.

SchooliP offers the ability to upload evidence from iPads which helps teachers, but it also helps Dee Mullings, the Deputy Heads’ secretary as her photocopying, filing and admin tasks have been drastically reduced. It also allows Michelle Zeidler (Director of Teaching and Development) to plan in advance for Performance Review meetings so that time is more focused on rich discussions about Teaching & Learning and identifying development points required.

Teachers have embraced the system and find that recording evidence in particular is now less of a chore. No longer feeling tied to the photocopier, Nick Creed explains how he can record a video clip or take photos on his iPad within the classroom and upload them immediately to SchooliP. In this way he can record his evidence against his personal objectives and against the Teachers’ Standards. He also enjoys the ‘blogging’ system so that he can converse with and get feedback from his line manager without having to schedule so many meetings. Ultimately, he loves how his professional career and development has a roadmap. 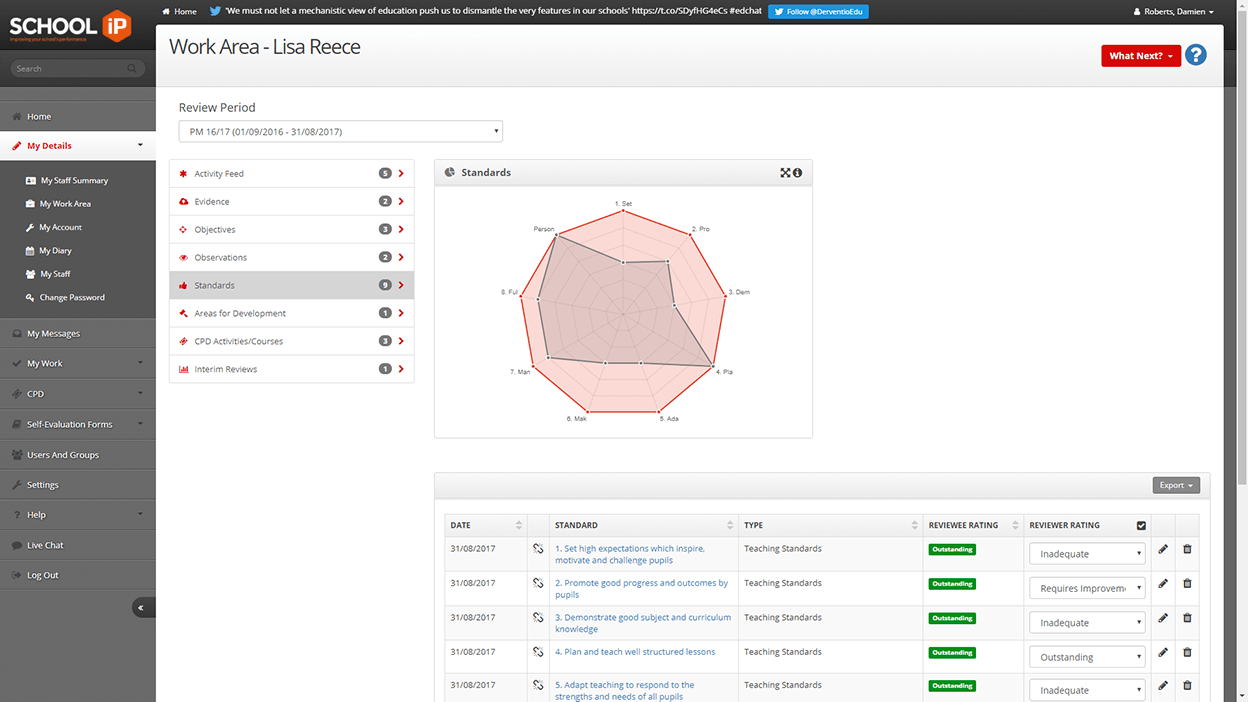 Going forward, Michelle is particularly excited about the ability to pick out teachers that excel in a particular area; they plan to create a register and pair them up with others that need some support in that area.

As Hurst explore the power of the system, they plan to make the most of the SEF and SDP aspects to truly unlock the interdependencies.

Director of Teaching and Development

"SchooliP has changed the perception of performance management."

"The ability to keep data all in one place is extremely beneficial for us as a school.”